But first, about the featured image:Brooklyn establishments are hip in both places, as are young folk wearing “Brooklyn” t shirts. [this bar/restaurant is in Hakata, in southern Japan]

1. As ambulances run through intersections the driver makes announcements via loud speaker, including: “Adigato go zai mas (thank you very much)..” 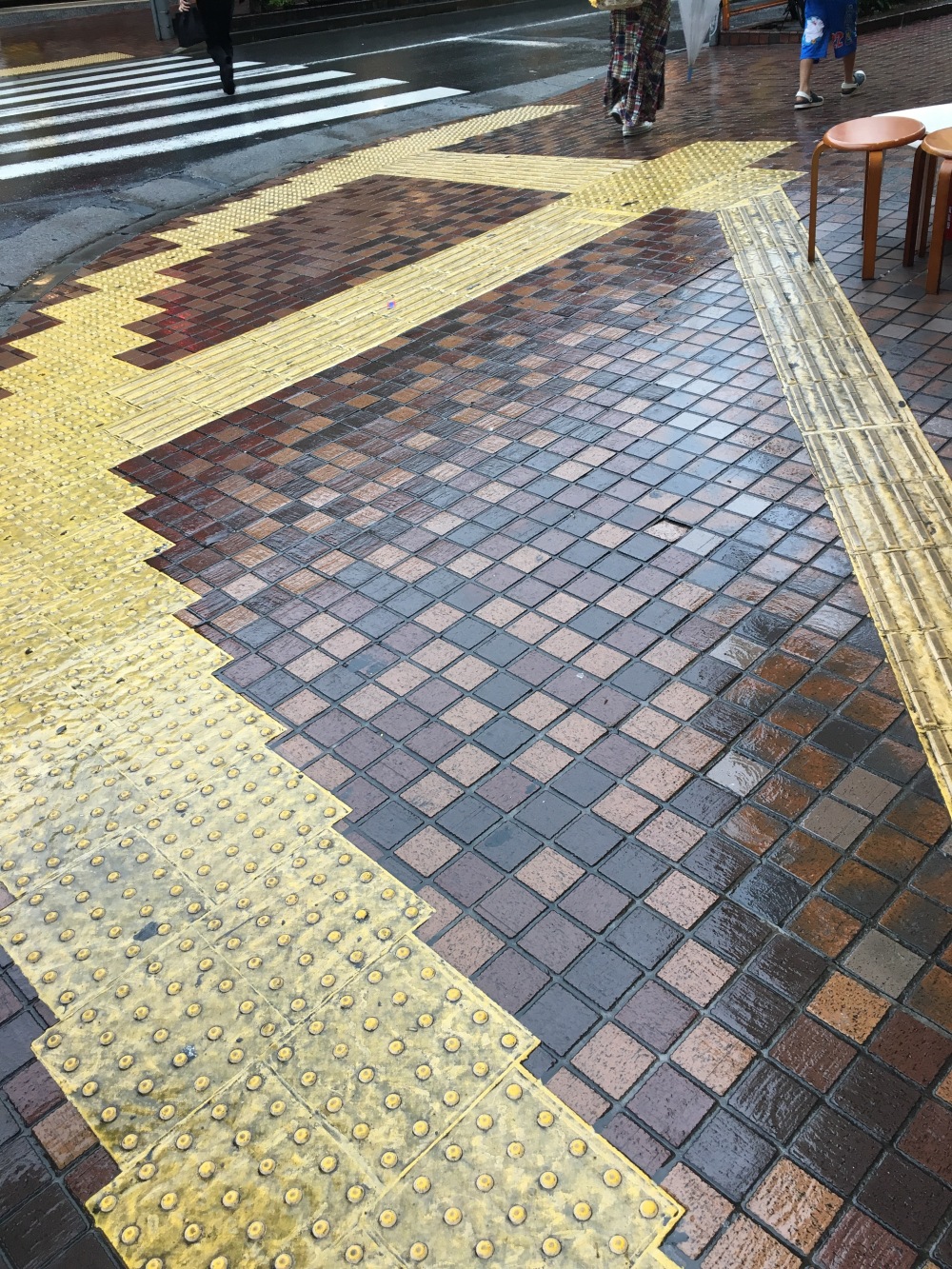 3. In at least 90% of stores/restaurants/museums and other establishments I visited nationwide, one or more employees calls out “shay masen” (welcome) as folks enter[spelling based on how I hear it].

Only exceptions I noticed to this were in 4-5  businesses and half of those were super busy and folks may not have noticed my entering.

4. “Adigato go zai mas” must be a national slogan. I heard it everywhere, all the time. More than any other phrase. This is especially prevalent in restaurants and stores.  Even in Tokyo, with its metro population of 37 million (nearly double that of the NYC metro area).

I do not hear “thank you very much” said much at all in New York.

5. Many people bow to others out of respect. This is more common in, say, Kyoto than Tokyo but I saw it everywhere. In Kyoto, population of around 1.5 million, a Family Mart convenience store cashier bowed deeply to me several times. Also in Kyoto, I saw a construction site worker controlling traffic bow to a car that had paused for him.

Imagine that in New York